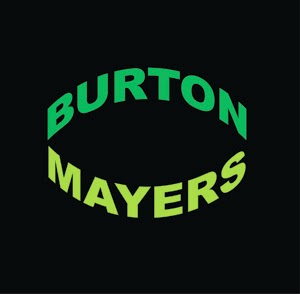 Burton Mayers Books is an independent publishing house founded by Richard Mayers and John Burton in 2008.

Richard Mayers is a secondary school teacher and children's author and comes from a background working within the TV and Film industry.  He formed Burton Mayers Books with his colleague, John Burton, to publish and promote a range of groundbreaking titles for the Juvenile market.  Richard worked as a freelance creative for a number of years before becoming a teacher in 2006, but he continues to foster interests in interactive media and has attracted a varied client base over these years.

John Burton also currently works as a secondary school teacher but has a wide and varied background as a designer, illustrator and web developer.  John worked as an independent creative designer at studios across London for a number of years, including working for national newspapers (The Mirror), worldwide charities, projects (Bloodhound SSC) and small businesses looking for a design edge above their competitors.  Because of his contacts and track record of innovation, John continues to offer highly creative ideas to future publishing projects.

The first in-house title was a project that began in 2008 with a concept for a robotic, animal superhero.  Since that time, John and Richard developed the idea and published Spikez internationally in 2012.  During that time, opportunities to collaborate with authors and artists from across the UK continue to come in.

Many of the online design projects Richard and John contributed to since 2009 onwards have also come to fruition, with the first adult title, October's Son, set for release in 2014.  The project, a biographical horror by John Michaelson, attracted John and Richard because of its revelatory content, global appeal, potential to redefine genres and challenge the conventions of non-fiction.  The title is currently being edited for content.

In 2015 there will be an increase in the number and range of titles published by Burton Mayers Books, including an anthology of short stories, poems and photography about London.

London: An Anthology (2021) - a selection of short stories, poems and photography from some of London's up and coming creatives.

All works will be printed by Lightning Source (Ingram) and available through all leading bookstores.  Electronic versions will also be available on Kindle through Amazon.
Posted by Burton Mayers Books at 02:14 No comments: